An interview with Sequentia Legenda

Harald G.: «Your electronic works are undoubtedly attributed to the "Berliner Schule" of the 70s. Since when are you musically creative in this field, who were the idols of the 70s that inspired you, how did you reach this musical movement and who makes you receive so many recognitions today?»

Laurent S.: «Indeed, my music is in line with the music of the "Berliner Schule" and especially of the periods from the 70s to 80s. My passion for this style goes back to 1980 when I was 16 years old. It was by exploring my parent's vinyl’s collection that I came across a cover that had challenged me with its minimalistic layout and by this cover with a blue-green face. It was the album "Mirage" by Klaus Schulze. As soon as the sapphire was placed on the grooves of the disc, it was a real thunderbolt for me. I began to listen ad infinitum the A and B face. So, it could be said that everything started for me with this listening.

I inquired what this strange instrument called "synthesizer" really was. At that time, oddities were circulating about the synthesizer, e.g. : It is a sort of filter that is placed in front of speakers, it is an improved organ, just press a button and everything is done automatically, etc. It was at the backroom of a shop in my town that I discovered the famous Minimoog. I was initiating subtractive synthesis and sometime later, I bought my first monophonic synthesizer.

It is only recently that I finally decided to take the plunge to present my works to the public with my album BLUE DREAM (published on December 27, 2014). I wanted to make an extension of this musical period and to transpose it to today, using sequencers and synthesizers as formerly, but with the current instruments and means.

I have a deep respect for the works that were done by Klaus Schulze, Edgar Froese in the 70's. To me, it was a turning point and extremely rich in creativity.»

Harald G.: «So give us a glimpse of your equipment. I can imagine that you work, according to the analog technology that has proven itself or how?»

Laurent S.: «Let me first tell you about my musical vision. It is important for me to do music I love, the music that comes from my heart and to finally be able to offer listeners a part of me. It is with great sensitivity that I sculpt the sounds and with rigor and passion that I weave my sound canvas. Although I currently use only virtual synthesizers, for me, it is essential to obtain a true atmosphere with such analogue grain.

In regards to my equipment, I have known three stages. The first, when I was between 16 and 22 years old, where I had an arsenal of analogue machines: PS3200 Korg, ARP Odyssey, Polymoog, Oberheim Two Voices, MS 20 and SQ10 Korg, Vocoder Roland, echo effect RE201 Roland, Crumar Multiman S to name only the main ones. 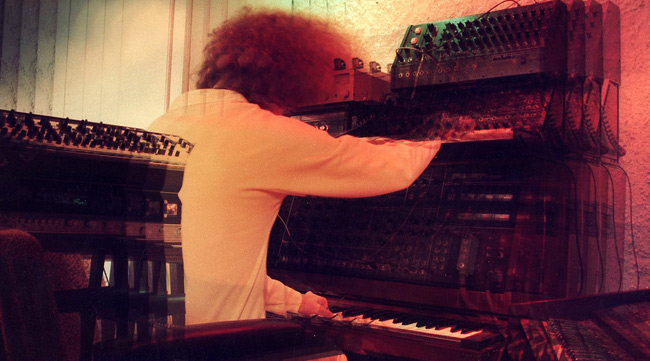 Then, came MIDI's era.  I separated myself from my instruments for the benefit of digital synthesizers:

DSS1 Korg, JD 800 and D110 Roland, TG77 Yamaha, Microwave Waldorf, K1M Kawai, among others, all driven by an Atari STF accompanied by my first software of MAO, i.e.: The Steinberg Pro24.

And finally, today, my equipment consists of many VST's, Arturia's collection for example and Cubase as MAO tools.»

Harald G.: «As you describe, Sequentia Legenda's composition are made up of a combination of atmospheric sheets and melodic lines of synthesizers. Listening to your work, I think I could discern a very clear structure, some agreement, with variations and harmonies, if repeated, but nevertheless, the textures change on a perpetual basis... Personally, I think the adhesion to a specific frequency is very important, however, I clearly give my preference to tone A on 432 Hz compared to listening to a 440 Hz...»

Laurent S.: «I give great importance to frequencies, harmonies, osmosis of sounds, to final varnish. I am a demanding person, I try to get a result that meets my expectations, sometimes it can be very time consuming. As an example, for FLY OVER ME, it took me no less than 16 months to finalize this music piece. My musical canvas is in perpetual movement, the sequences mix, become complex, pads and chorus also "live" and grow throughout the composition.»

Harald G.: «How many tracks do you work on average, and would you agree with me when I say that mastering, done with sensitivity is the alpha and omega of each musical work? What resources do you use to complete your compositions?»

Laurent S.: « I usually work with a variable number of tracks, going up to 16 depending on the projects.

In response to your question about mastering, I would agree with you. Mastering is an important thing, but for me, this step goes hand in hand with the whole process of creation. Of course, it is a goal, but the work upstream remains paramount. Mastering will make it possible to highlight certain elements in a precise way, a patina that will place all subtleties of the harmonic structure in light. For this step, I mainly use Ozone.»

Harald G.: «But before we go into more detail, let's look at a subject that may be relevant to some readers: can you tell us which of your works have been published, and where can you buy them? Whether it's by digital download or physical support?»

Laurent S.: «3 albums (BLUE DREAM, AMIRA and EXTENDED) are available for sale directly from my Bandcamp page (Digital version and CDR). The physical version is also available from sales sites such as Patch Work Music for France, sphericmusic and cue-records for Germany, generator for Poland, GROOVE Unlimited for the Netherlands and Diskpol for Spain. In addition, 3 "Exclusive" dematerialized versions are also available on my bandcamp page.» 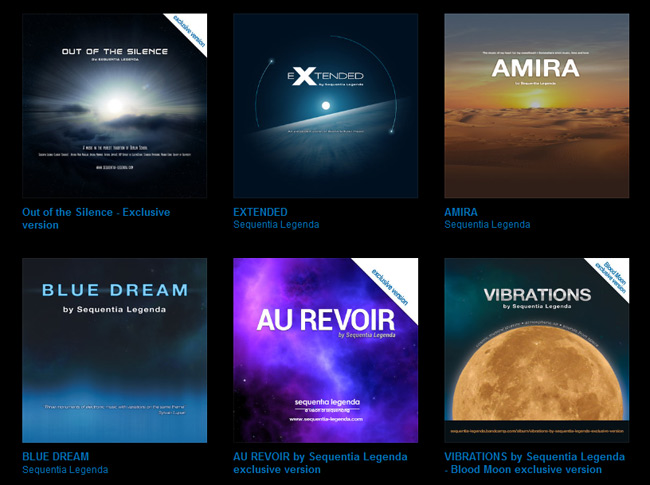 Harald G.: «Can you tell us where it is possible on the internet to listen or to read something about you?»

Laurent S.: «On my Youtube channel, there are musical samples and interviews in the form of video clips that are available to the listeners. There is also my Blog which is full of often unpublished articles. On the internet and especially on my official website www.sequentia-legenda.com, we can discover and read several columns and interviews, such as the articles by Sylvain Lupari (in French and English), by Jürgen Meurer (betreutesproggen.de ), Richard Gürtler (Ello), Jim Cornall (DPRP) and the late Philippe Vallin (Clair & Obscur) who left us prematurely and who I miss very much.

This is only an exhaustive list, I would like to add that on the French website Patch Work Music which distributes my physical albums, also include information about my musical projects and those of other talented musicians. I take this opportunity to thank the entire Patch Work Music team for their support and dedication.»

Harald G.: «Have you ever worked on projects with other artists?»

Laurent S.: «My first collaboration was with drummer Tommy Betzler, who immediately accepted and enthusiastically joined the "EXTENDED" project. Tommy, who has a great experience of the Berliner Schule and who accompanied the emblematic Klaus Schulze during his tours in the 80's, gave me the great privilege of this first collaboration. For information, Tommy will be present at my side again for my next album "ETHEREAL", an album whose release is scheduled for mid-2017. 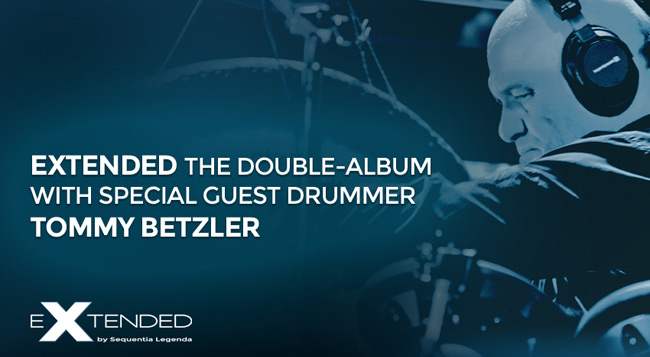 Just recently, French artist Kurtz Minfields asked me for a collaboration for a bonus track that will appear on his next record. In general my titles have a duration that exceeds twenty minutes. The characteristic of the title "Out of the Silence" is that it is of a short duration. After my first mix, Kurtz (Jean-Luc Briançon) then added some very nice ways of effects and solos. Our two musical universes, he with his analogical instruments and me with my virtual synths, began in symbiosis to offer a title in the purest tradition of the trippy music. I can invite you and all the readers to listen to the final mix here.

Harald G.: «Are you limited to working in a studio or have you ever participated in live performances?»

Laurent S.: «For the moment, I devoted myself to work exclusively in the studio. However, I must admit that the demands for stage performances have always been a little more numerous and more precise. Finally, it is during a festival in Germany in Hamm that I will perform for the very first time on stage at the beginning of July. Tommy Betzler will be delighted to join me for this first climb on stage. I will have to think about a concept, as my configuration is minimal a bit like my music for that matter.
It's exciting to come meet your audience!
Project to follow.»

Harald G.: «I know that your music is very appreciated by many internet radios. Can you list us a few, and have your music been broadcasted on local or national radio stations?»

Laurent S.: «I had the support of several radios, to name a few: Modul303, Radio Sunrise, West Star Radio, Sequences Electronic Music Podcasts, Sine FM. Local for me means France naturally, but also Switzerland and Germany, since I live in the East of France.

So for France, it's the Mulhouse radio MNE via Guy de Villa and its show "Le Bunker" which offered me 2 hours of show with a "Carte Blanche Sequentia Legenda" (http://bit.ly/2pDAUsa).

For Germany, it is RSD-Radio via the show "New Age" animated by Rainer Tyson Schramke which allowed me to do a live interview in German (http://bit.ly/2oCm1Zu).


And finally, for Switzerland, I have the privilege of being able to appear in several programs "La Planète Bleue" an Yves Blanc's program, broadcasted on the Swiss waves of Couleur3. Yves Blanc also made me the pleasure to present in preview "EXTENDED" (http://bit.ly/2oCywUG).»

Harald G.: «On behalf of our readers and of our editorial team, I am very grateful that you have given us an insight into the many aspects of your musical creativity. And of course, we are happy to keep our readers informed about your future activities. As usual, the last words belong to you. Is there anything else you would like to add?»

Laurent : «It was a great pleasure for me to be able to share my musical vision, my passion and my emotions through this interview, thank you Harald, thank you to the whole hippiesland team, I wish to readers and listeners a lot of pleasure.

To conclude, I would like to announce that my next album will be available for the middle of this year, it is ETHEREAL. This album will be based on the Modular Moog, with three tracks in the purest tradition of the Berlin School. Two excerpts are already available on my Youtube channel: http://bit.ly/2oibcYW.» 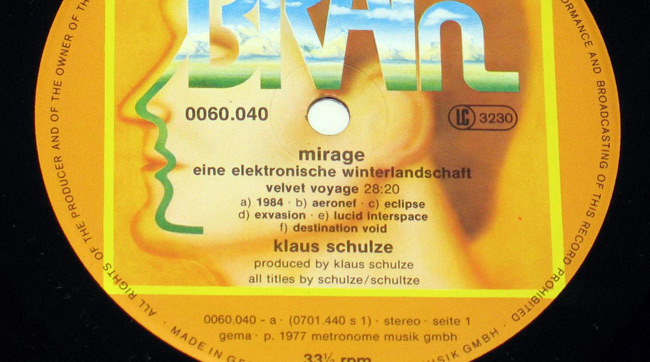 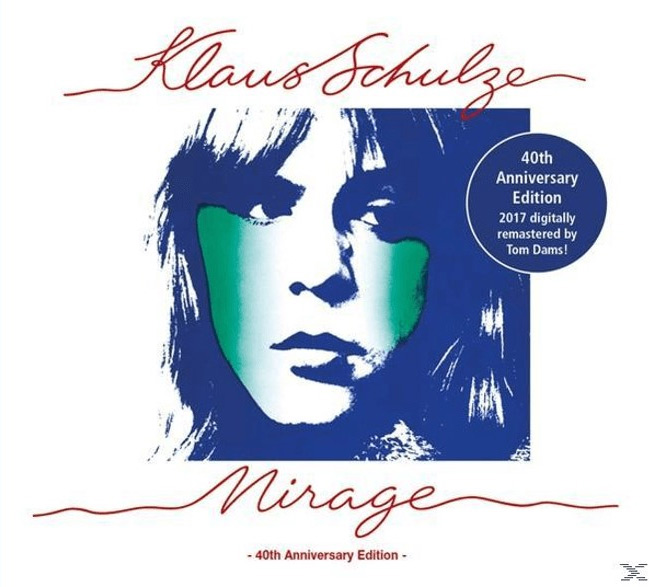