👍ETHEREAL in the Top Ten at the Schallwelle Awards

ETHEREAL in the homeland of Berliner Schule 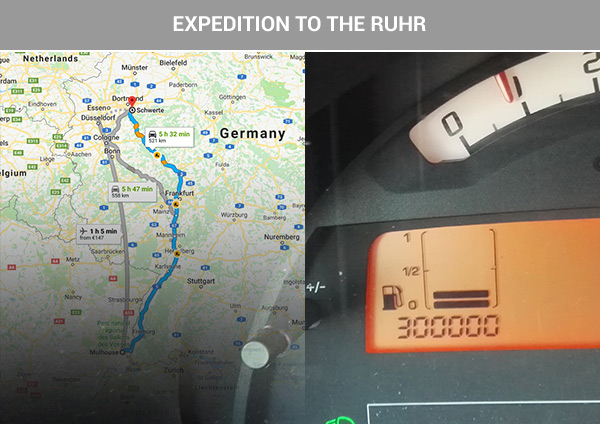 Let's go on the road!

It was important to have my loved ones by my side and to be able to share this moment with them. My wife and my youngest son took part in this expedition to the Ruhr. My little car and its 300,000 kilometers have brought us to a successful destination. After travelling a little over 600 kilometres, we arrived at the Rohrmeisterei complex. Tommy&Anke Betzler took us in. The hall was beautifully decorated and I would like to take this opportunity to congratulate Sylvia Sommerfeld, Alfred Arnold and all of the the Schallwende team for their devotion to the electronic music and the perfect organization of this ceremony. 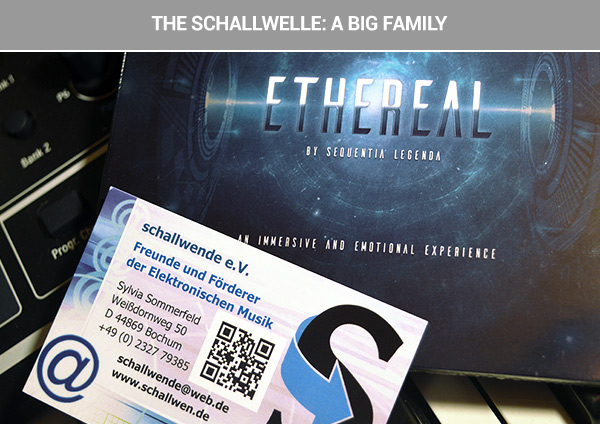 All united by the passion for electronic music

I quote Tommy Betzler (Klaus Schulze drummer in the 80s) speaking to me at the beginning of the evening:
"And here we are all here once again, it's kind of like a big family coming together, all united by the passion for electronic music."

The people present came from all over the place, from Germany of course, but also from the Netherlands, Great Britain, Switzerland, Scandinavia and France.

Thorsten Quaeschning (Tangerine Dream), Ron Boots (Groove Unlimited) and his wife Monike, Lambert Ringlage (spheric music), Frank Gerber (electronic circus), Thomas Voogd, Matthias Stock and his son Ansgars to name a few.
I confess that deep down, I had hoped to eventually meet my mentor Klaus Schulze...
But it's only a remitted part.

The nomination of ETHEREAL

It is finally in the Top Ten of the category "Best Albums"
that my ETHEREAL album was nominated.
For this new edition, the organizers had decided to group the International and German albums in one and the same category. The competition was therefore greater than the previous year. I was told there were over 300 candidates.

I'm naturally proud to be able to appear alongside Tangerine Dream,
Johannes Schmoelling and Mike Oldfield.

I am delighted to know that my music is appreciated and recognized in Germany,
the country of the Berliner Schule.

Thank you all for your support.

I would like to take this opportunity to thank my wife who gave me the necessary impetus to officially launch myself into music and live my dream. It is indeed an honour for me to be recognized in Germany, the country of Klaus Schulze and of the regretted Edgar Froese, the homeland of cosmic music, of the Berliner Schule. I would also like to thank Tommy Betzler for agreeing to collaborate a second time on this opus. And finally, a big thank you to all of you, musicians, friends and listeners for your support that gives me the strength to move forward in this direction, the way of an extended vision of the Berlin School. 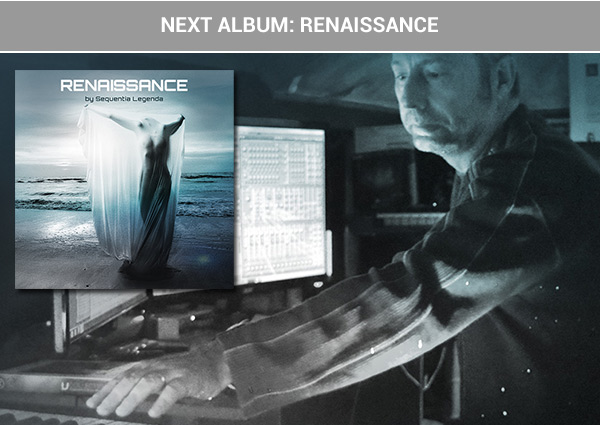 After ETHEREAL and this great success at the Schallwelle, the work continues and the next musical opus is in the starting-blocks. It is about RENAISSANCE, the official release of which is announced for May 17th (my wife's birthday, a little wink for her).

This album will contain 3 tracks, 3 different music universes, 3 discoveries for listeners.
The sound grain will be in the purest tradition of the analogue era. I'll let you discover the first extract. More information is available on the landing page of RENAISSANCE.