My encounter with the modular Korg PS3200

I thank my father again today for all his attention. 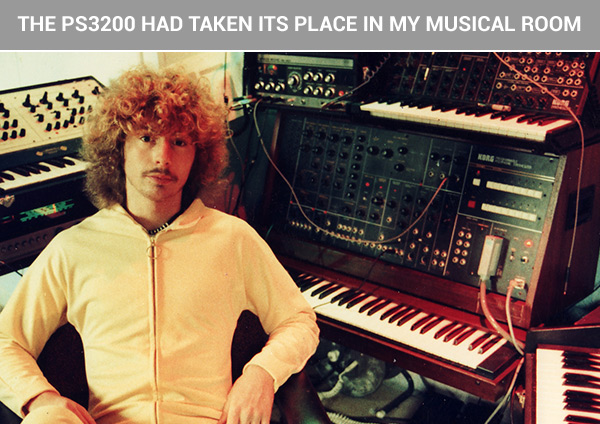 In 1982, when I was 17 years old, I had just recently discovered the amazing music of Klaus Schulze through his superb album Mirage. At that time, there were many rumors about a rather strange instrument: it was the synthesizer. I started looking for this mysterious sound machine. I was browsing the classified ads section of music magazines looking for analogical machines.

It was during one of my travels in Paris, in an apartment located in an alley of a modest neighborhood, that I was going to get to know a mythical machine. After having climbed the many steps of a dark staircase with the tagged walls, I arrived in front of a heavy door. I was ringing, the door opened and before me appeared as if by magic a superb recording studio! In the midst of the many instruments, a synthesizer immediately caught my eye. It was the famous Korg PS3200. I only had eyes for the modular. The owner of the studio had informed me of his intention to sell the instrument next month. I told him I was very interested. He told me that if I wanted to, I could buy it right away. I was on a cloud, I immediately made a phone call to my father, persuading him to come to Paris to help me pay and also to transport this monster of 30 kilos. Even today, I thank him for his effort, for his attention.

That's how the PS3200 found itself the next day in my parents' basement, where I had set up my little studio, in the middle of the ARP Odyssey, the Oberheim SEM, the Korg MS20 and its sequencer SQ10, the Crumar Multiman S. I then took great pleasure in discovering all the facets of my new "baby". I have the memory of beautiful pads, strange sounds created with the ring modulator a bit like Klaus Schulze's "Dune". I really enjoyed the 16 available storage memories. The modular polyphony was one of its strengths. 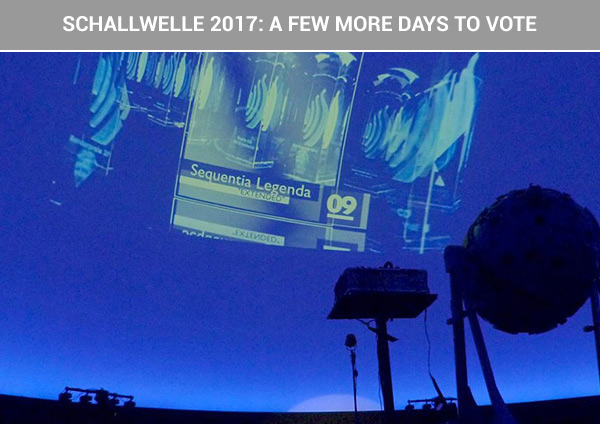 During the last issue, I had the great pleasure to appear with my album EXTENDED on 9th place in the category "International Album" (after Jean-Michel Jarre, Vangelis and Enigma)

For this new edition I have the honour to be nominated again.
If you like, you can vote for my album "ETHEREAL by Sequentia Legenda" as well as for me in the category "Artist 2017". 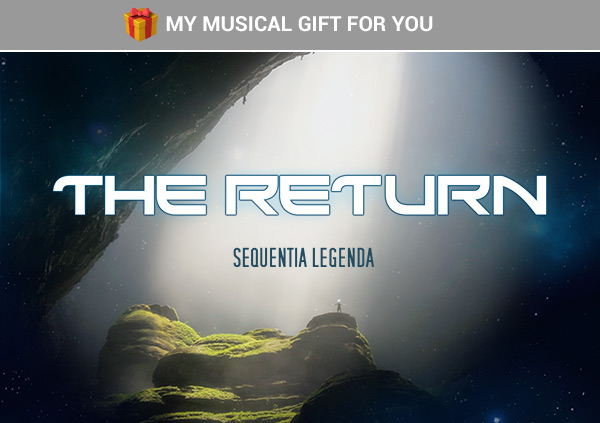 For the end-of-year holiday season, I am pleased to offer you
an excerpt in its experimental version.

THE RETURN comes from my archives, this title dates from the period of BLUE DREAM.
The composition is in its embryonic phase, the general atmosphere of this title is ethereal with a touch of analogue sound. It's a return to the original sources of Berlin School.

I invite you to download this experimental and collector's version.

I wish you a pleasant listening and a good discovery,
Sequentia Legenda