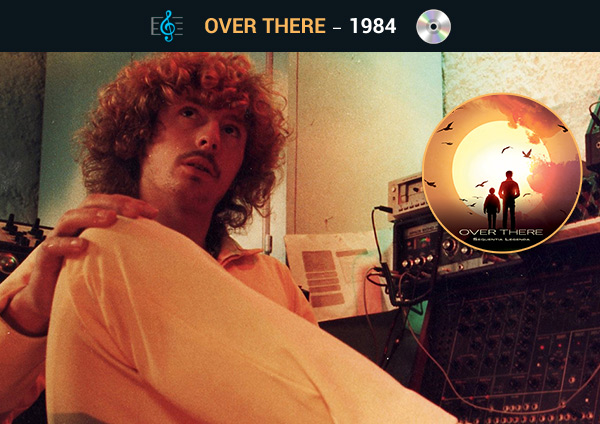 Finally, this project dates back to 1984.
I was nineteen then, three years earlier, I had discovered the music of Klaus Schulze.

I lived with my parents and it is in a room of the cellar that I had installed my home studio. Today I would like to thank them for all the attention they have given me and it is also thanks to them that I have been able to emancipate myself musically. 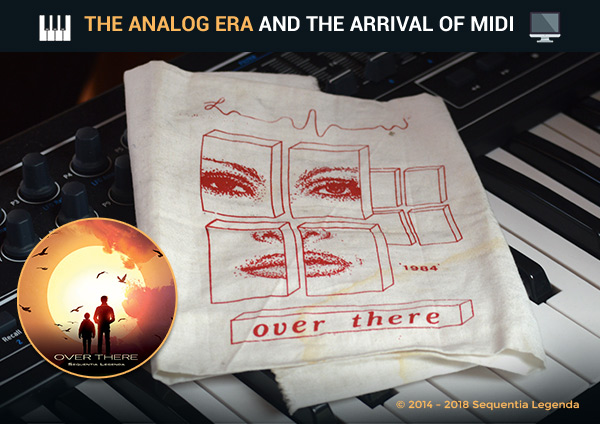 THE ANALOG ERA AND THE ARRIVAL OF MIDI

We were at the end of the analog era and the MIDI standard was pointing its nose. I bought the PS3200 from Korg during a trip to Paris with my father.

I had my own collection of analog instruments, the modular Korg was surrounded by the ARP Odyssey, the MS20 Korg and its SQ10 sequencer, the duophonic Oberheim 2 Voice, the MultimanS Crumar all accompanied by a Roland RE 201 echo chamber and a TEAC A3340S 4-track tape recorder.

I had the idea to make an album called OVER THERE, imagined its cover and printed it on fabric. Looking back, I think I can remember that I had envisaged a mystical and cosmic soundscape. I can still feel a few loops above my future musical landscapes. 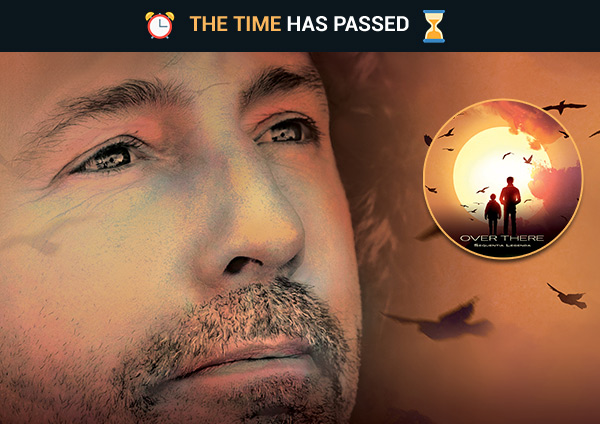 THE TIME HAS PASSED

I had written a letter to Klaus Schulze, unfortunately without an answer. However, I had the pleasure of hearing him and seeing him several times on stage in my region.
Meanwhile, music technology had evolved. I then separated from my analog synthesizers to the profit of digital instruments, an Atari STF 1024 with the software Pro-24 of Steinberg.

It was during my year of military service that I bought my first digital synthesizer. It was the Korg DSS1 which had totally convinced me notably by its chorus sounds.
The reproduction of human voices fascinated me and I always wanted to integrate this major element in my compositions. For this new project, I opted for the integration of voices from the illustrious Mellotron.

More recently, digital instruments have given way to virtual synthesizers. 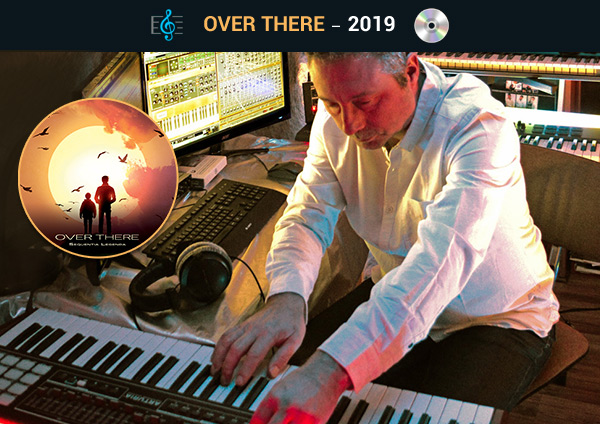 Thirty-five years later, I decided to carry out this project that is close to my heart.

This opus will be in the lineage of the Berlin School, with my own musical vision, a glance towards the essential, a return to the sources.

From now on, I work with the current instruments. The VST's were hand-picked to "stick" as close as possible to the atmosphere of the period from the mid-1970s to the mid-1980s.
I am attentive to the sound grain, to the particular timbre of the analog era in order to preserve the spirit of this beautiful musical movement. The Minimoog, the Jupiter8, the Modular Moog will be very present as in ETHEREAL and in my last album RENAISSANCE. From now on, the Solina and Mellotron (M-Tron) GForce's will join the orchestration, bringing an extra vintage touch.

Three tracks will compose this album. For the second track "FLOATING TIME",
Tommy Betzler (Klaus Schulze, Peacock, Picture Palace Music, P'Faun) will be present.
The German drummer has the Berliner Schule experience since he accompanied
Klaus Schulze on his tours and participated in two of his albums (DIG-IT and JUBILEE EDITION (1997)).

An extract of what will be the atmosphere of this project

This extract is still in its experimental version, it is a foretaste, a perspective of my musical vision for 2019. The work remains focused on the symbiosis of the sequences with the pads. It is a sound palette close to the analog era, with the touch of current instruments. The sound landscape of this title is for me the closest to my musical ambition, to my vision of the Berlin School of today and tomorrow.