Three questions about Elevation and ETHEREAL 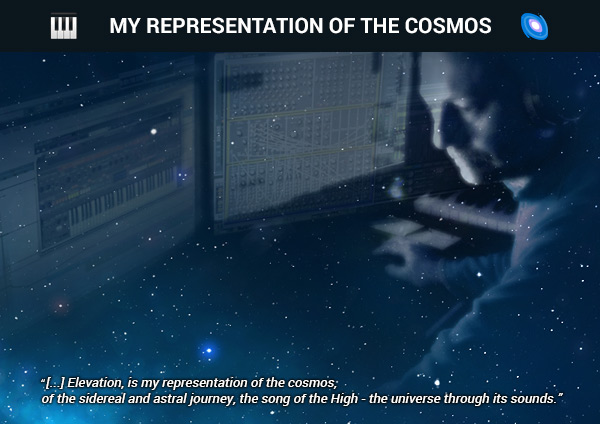 MY REPRESENTATION OF THE COSMOS

El Jice:
"Is Elevation inspired by the NDEs?
The dark colouring evokes the first steps of the soul in the afterlife.
More precisely in the first strata of the astral journey."


Sequentia Legenda:
"It's a surprising and interesting approach to my title.

Elevation, is my representation of the cosmos, of the sidereal and astral journey, the song of the High - the universe through its sounds.

For this composition, my wish and my objective were to build a broad, large, deep sound universe. By exploring new technical means and looking for new paths this title was really an exciting experiment.

The slow progression of the introduction is made up of low harmonics, dissonances, multiple reflections, are made to transport the listener to the diffuse, deep and orchestral singing of the universe as I can imagine it. For this opening, the use of an unusually long reverberation time accentuates the effect of size, while maintaining a low density of notes propagating in space. The stereophonic space in correlation with the extreme reverberations is deliberately accentuated to "stretch" the effect of grandeur even further and to somehow "suck" the listener upwards.
I would describe the overall atmosphere as "serious", gradually unfolding with subtle and hypnotic loops towards a more luminous atmosphere.

In the end, with Elevation, I took the initiative to add an additional facet to my musical vision by taking the risk of going beyond my usual guidelines, favouring a tendency to experiment. This title is certainly not the most accessible of my discography. To appreciate it, to explore it, you have to give yourself the necessary time, put yourself in good conditions to fully enjoy it, immerse yourself in this atmosphere in an optimal way and make the desired journey serenely and thus reach a certain fullness." 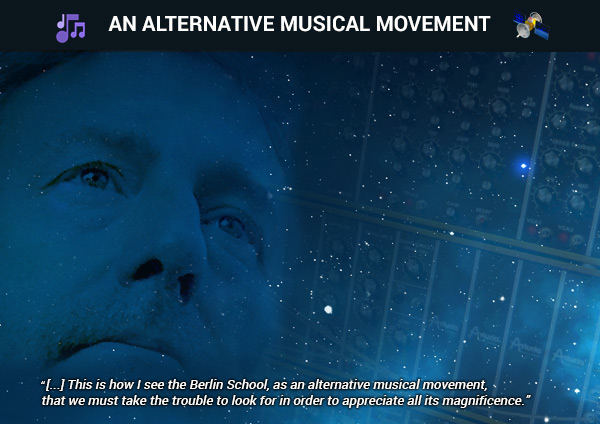 El Jice:
"Overall, I felt the album to be disturbing and dark, although it was one of my favourites. Was it an aspect of Berlin School that caught your attention? Or is it a reflection of a current state of mind?"

Sequentia Legenda:
"The ETHEREAL album is a mixture of "seriousness", sensitivity and nostalgia. When I compose, I am in my bubble, I work alone, varying rigour and freedom - perhaps I am influenced by the German rigour I encounter daily ;-) I am unable to make "commercial" music, mainstream soup, mass music.

If I had to define my music, I would say that it is serious, nostalgic, sincere, that it is against the grain of what is being done and that I am proud of it. This is how I see the Berlin School, as an alternative musical movement, that we must take the trouble to look for in order to appreciate all its magnificence." 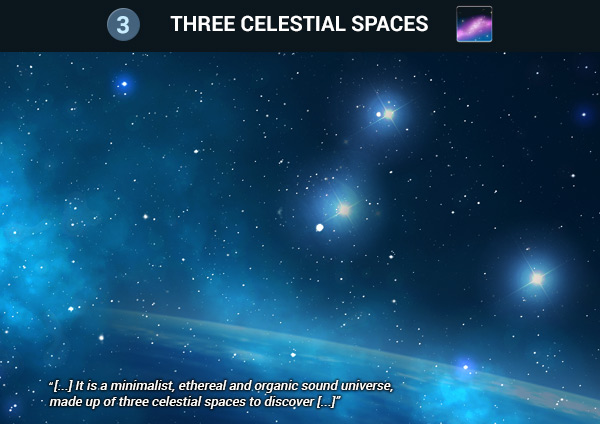 El Jice:
"Is ETHEREAL the contraction of Ether and Real, an evocation of the reality of the invisible world in our existence? In fact, is it a conceptual album about the afterlife or the coexistence of the two worlds?"

Sequentia Legenda:
"ETHEREAL is vaporous, ethereal, aerial, it is a symbolism between reality and imagination, an immersion, an introspection. It is a minimalist, ethereal and organic sound universe, made up of three celestial spaces to discover: Stratums of Seraphic Voices, Around the Second Moon and Elevation. The musical framework, structure and sounds are refined with a continuous process of transformation over time.

The ether and also the substance of the soul. It is precisely music that comes from the depths of my heart and soul. And if, like the ether, this subtle and volatile substance, ETHEREAL is a creator of effects, sensations, reactions on the body and the psyche, then my bet is won!" 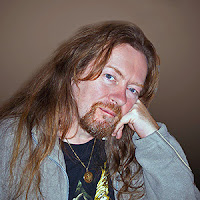 El Jice is a Belgian multidisciplinary artist and music reviewer for the fanzine PROG-RESISTE (www.progresiste.com). There are reviews of many musicians, from Klaus Schulze to Andy Pickford. He is also the author of a novel, LE TOMBEAU DES ETOILES, which will be reprinted in its entirety by Rivière Blanche in early 2019. He reinvents his universe in his illustrations and music (Chrysaldor the Legend, an electronic concept that he is currently reworking).